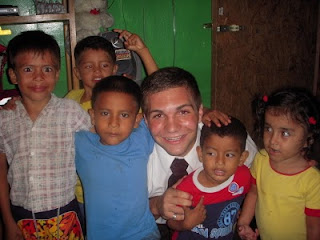 Next Tuesday my son Mikey will be returning home from two years in Costa Rica where he served a mission for our church. I thought the time went by so fast, but then I always think time rushes by...I feel we eat breakfast every twenty minutes. Even with time going by quickly, I have missed him so much. Our whole family felt the hole created by his absence. Sometimes it was too hard and sometimes it was even unbearable. But I knew the life he was living in Costa Rica was completely worth the sacrifice. 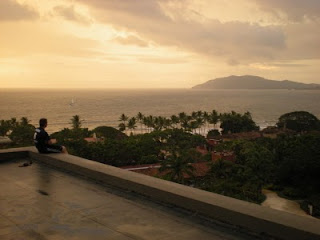 We missed his savant like mind for endless sports trivia. His unbelievable inability to sing. We missed his ridiculous outfits and theme dates.
We looked forward to Mondays when his weekly email arrived. We laughed at his antics and wondered what the "Ticos" really thought of our silly, sweet, but always determined Michael. We followed his adventures for two years.....from endless rain, beautiful beaches, volcanic eruptions. strange, strange animals and far to many earthquakes to count. I didn't feel nervous, which I should have...but I always felt a certain peace that comes when you know everything is fine. 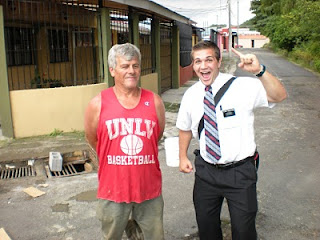 It is true I couldn't listen to Jack Johnson for two years...or Michael Buble...the memories were too strong...he loved all kinds of music, but those two singers were his favorites. Every time I would hear Jack Johnson my heart would go back to an incredible Saturday afternoon watching him play football. So I avoided those songs. Unless they would come on the radio......and then honestly I would have to go off by myself, cry, compose myself and go on. I Knew there was no way I could offer him the kind of experiences he was having...I just let the wave of sadness come and then go.... 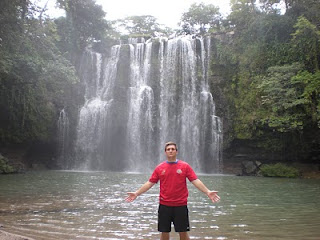 For a long time I couldn't go in his room, then I went all the time, I found a lot of comfort there. I never made his room a shrine, but it was a place to remember the little boy I knew was never coming home. Mikey left a teenager, but he is coming back a twenty one year old man. A man who has had a lot of responsibility, worked through homesickness, impatience and a lot of rejection. He lost himself and found real joy....all from serving people he never knew before and may never see again. 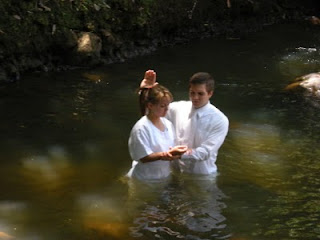 He wrote to us first of not getting along with his companions...and then his letters changed to caring about others and not himself......his heart was broken telling us about his companion who was disowned by his family when he joined the church only a year ago. The sadness they both felt after his mother hung up on him when he called her for mother's day. He told me he felt guilty when he would get emails and packages. He begged me to send his companion a box, "just put anything in it, he never gets a letter or an email." We did that happily..... 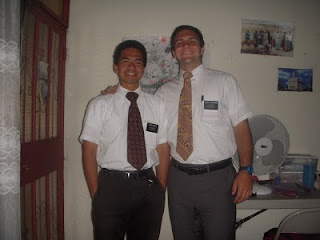 Because he was so passionate about what he was there to do, it bothered him when people didn't accept his message....his heart was broken when very troubled people would come up to him and tell him how much they wanted what he was offering, how much they wanted to change...but they felt their weaknesses was too much to overcome. Mikey is convinced anyone can do anything. he tries so hard to get people to believe in themselves and the power they have. I hope he never loses that.....it is a good way to live. 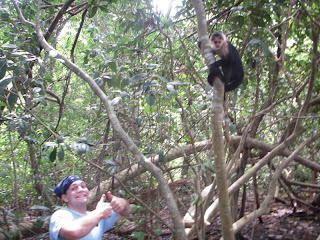 So Tuesday Mikey comes home...and another chapter of life starts. He doesn't know what an iPad is, or the oil spill in the Gulf. When he left Bush was president and unemployment in Nevada was about 6%...it is now the worst in the country at 14%. When he left Tiger Woods was still an athlete we respected and Ben Rothlisberger was a great quarterback whose only statistics were on the field. Come to think of it, Mikey may not want to catch up with everything.... 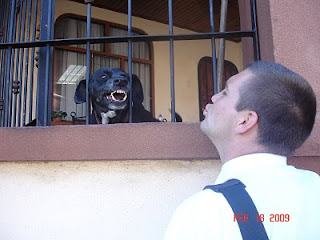 Mikey shared with me the wonder of his mission through his letters and emails. He wrote about his absolute joy when someone would consent to baptism. He told us about the woman at the temple who recognized his name and told him she joined the church after her daughter shared the gospel with her.....and her daughter had been taught by Mikey. He was barely able to speak when he realized his message of hope had been passed to this wonderful woman, someone he had never met. We shared his disappointment when things didn't work out the way he had hoped. We laughed at his inability to be sad for very long, relieved he could still find the "funny" in the most depressing times. 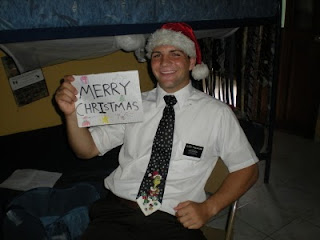 His adventures were running from dogs, seeing amazing water falls, monkeys, sloths, iguanas, tremendous poverty, and unbelievable beauty. He had a surprise visit from his brother who brought a suitcase to him filled with Christmas goodies, a visit from dear friends who brought 30 people with them straining the walls of the tiny church he met in. He ran into a man at the temple who is a best friend of our stake president...I had a box delivered to him by the most amazing relay system you could imagine. The box went from a friend of mine in Las Vegas to a woman who lived in Costa Rica was in Salt Lake City for a conference....she then carried the box for a week before going back to Costa Rica and handing it off to Mikey in San Jose. 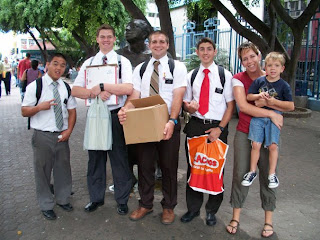 Then a former baby sitter who grew up to be unbelievably beautiful, went to his Sacrament meeting with her three children while she was there on vacation. She scared him when she said, "Hi Mikey, how's it going?" He didn't recognize her at first, and had the hardest time explaining to everyone who she was. There just aren't a lot of beautiful blondes in the jungle of Costa Rica. 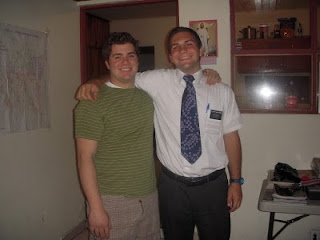 Part of the fun of Mikey's mission was when he would run into people who knew his older brother. Trey served in the same mission, and there were quite a few times people would recognize his name and be amazed. Mikey was grateful Trey was a good missionary...he never had to apologize for anything.

I don't have adequate words to express my thanks to the people who prayed for him while he was away. Or those that sent him letters and gifts of money (he often got tired of Rice and beans and enjoyed many trips to Taco Bell, Burger King and McDonalds.) He got care packages from so many, including letters from former coaches. I don't think he ever felt forgotten, or unloved. And aside from constant problems with his feet (thank you Shawna for helping him get medical help) he is coming home healthy and happy. He truly left it, "all on the field."

But more than anything I want to thank my Savior for making it all possible. For giving me the strength to let my precious son be away for two years, and for being the only one Michael depended on for two years.
My love to you all.
Posted by Donna Tagliaferri at 9:45 PM 10 comments: Links to this post