So how many times have you heard this?

I have heard it a lot, mostly in my head.  When I started this journey I began to ponder the words I used.  The catastrophic things I say are just empty words with little or no worth, said out of frustration. And besides, what am I too old for, other than being Miss Texas?  I really wanted to be miss Texas when I was little with big hair and a fabulous accent.  I was even the crown bearer for the Miss Water Festival pageant.  I wore a cute little bathing suit with a sash that said "Miss Water Festival 1971".  The winner went on to the Miss Houston pageant which feeds right into the Miss Texas pageant.  I was 8.  I was never even a real Miss Water Festival much less Miss Texas, so today I am too old for that.  Nuts.


Too old for Astronaut, Swat and Seal teams too.

Granted none of those things sound fun, mostly because we want Nirvana.  We want to be planning endless delightful trips, getting our nails done, eating food with no possible chance of gaining weight, and spending an afternoon a week with spotless grandchildren.  No shame here, it's what's called the natural man syndrome.  The natural man is always looking for the easy way out....let's find the easy button!  But since life doesn't have an easy button, how do we handle the disappointment of the reality of life?
Or better yet how do we answer the age old question...

No worries, you don't have to confess that you have at least thought that a few hundred times...after all we live in a world with a bunch of air brushed women and blue pilled men all youth worshipping.  It's easy to  measure your life against the make believe lives and come up wanting.  But it isn't real.  Stop comparing your life with a shadow on the wall that is taller and thinner than you.  It isn't real.
The home magazines?  Staged.  Women magazines?  Vogue, 17, Allure, Mademoiselle, Glamour...all air brushed and staged.
Here's another, Martha Stewart has a staff.  She doesn't do everything on that dumb calendar in the front of her magazine alone....she staffs it out.  She wants you to do that crap alone while she pulls on her waders and strolls down a beach in the Hamptons.  Read it all if you want, take an idea or two from them, but don't buy into their definition of beauty or success.  It isn't real....

And get rich quick schemes, anything done too quickly, doesn't work.  Slow and steady wins the race.  The turtle not the rabbit...If there is something you really want you are going to have to tough it out, put in the time and be patient. The adversary (whatever that is for you) wants you to buy into thinking everything has to be done quickly because then you will be disappointed when quick doesn't work and he wins by making you miserable.  Did you see Saving Mr.Banks?  Walt Disney tried for 20 years to get permission from the lovable P.L. Travers to make Mary Poppins into a movie.  20 years!!  Slow and steady won that race for sure!! 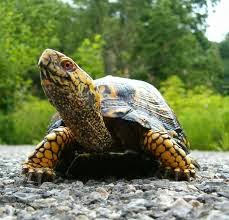 Here is the truth...listen up.  Everyone has a problem, everyone.  A wise man once said, "treat everyone as though they have had the worst day of their life and you will be right 50% of the time."  The worst thing is thinking, "I am the only one this has happened to, everyone else in the world has life wired and I am the only one with financial problems, the only one with marriage problems, children problems.  The adversary wants to single you out as the only one.  It makes it easy for him to get you to feel like a failure if you think you are the only one with the problem, right?  Reality is you aren't the best little kid on the block, but you aren't the worst either.  The best way to be unhappy is to think about yourself too much.  Do you see how many times I have used the letter "I"?  I am too old, I don't deserve this....I need better boobs, I need less lines on my face, I need to be in love, I need to be alone, I need, I need, I need......I I I I I.

Stop it...that's right, stop it.  it is as easy as that....trust me and realize that happiness is a choice.
So make a better choice.  It's a choice to save the china instead of using it.  It is a choice to write the book or the poem, to paint or run for office.  It is also a choice to watch Netflix all day every day.  Think ahead one month, just one month, what could you do that would make you feel really accomplished about your life?  It doesn't have to be enormous.  Maybe you did the elliptical for 10 minutes a day, or read a classic, maybe you began yoga.  What do you want to do?  When you thought about your dotage did you envision sitting on the couch watching TV just because you can?  Or did you imagine all the time you would have to learn another language, crochet, do genealogy or have an ant farm?  Did you want to direct a play, sail a ship or write a book?  If you are going to dream, dream big, you aren't too old for any of your dreams (unless you want to be Miss Texas). 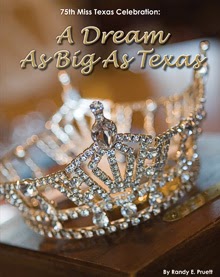 Do you spend so much time counting your problems that you have lost the ability to count your blessings?  No matter what your circumstances are you can still do things to help you feel accomplished.  I know the closer I am to God the clearer the answers are....that is where the energy is, and that is where the peace is.  I know the further I am from Him the more I experience fear.  I don't like the feeling of being afraid.  Even if you are fighting oil rig fires you don't have to be afraid.
Remember you are a mammal with opposable thumbs so you can reason and you can choose.  It might take a lot of practice but as soon as you feel those negative feelings, the ones that tell you you aren't good enough, tall enough, lovable enough, stop...breathe...chase them away.  Hand those negative thoughts over to whatever higher power you subscribe too and feel peace.  Really do it, don't just say you will. 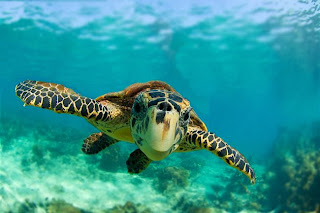 Posted by Donna Tagliaferri at 10:38 PM 3 comments: Links to this post