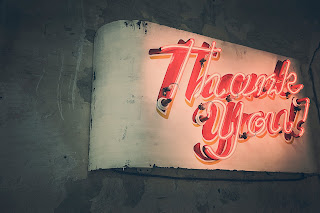 I would like to know because I suck so badly at accepting compliments I could move the curtains in a room. And giving myself permission to think I can be anything I want has not been in my wheelhouse. Reality is we have all been given gifts and talents...all of us. But when complimented on a talent or gift women notoriusly act small. We take compliments and store them away rarely looking or appreciating them. Instead of being grateful for what compliments are, an acknowledgment of a gift from God, we hit them back to the sender like a down-the-line tennis shot. Somehow it seems noble to stick our toe in the sand and engage in "mock humility".

Marianne Williamson wrote my all time favorite quote. (It's long and can be found in its entirety in "Return to Love: Reflections on the Principles of "a Course in Miracles")  I am just using only a bit of it.

"There is nothing enlightened about shrinking so that other people won't feel insecure around you. We are all meant to shine, as Children do....as we let our own light shine, we unconsciously give other people permission to do the same."

Notice this part, "We are all meant to shine, as children do."

As Children do....When I think of my children as little people they were such intrepid little performers! And talent wasn't a prerequisite - who cared if they had talent? They just wanted to experience everything! They used every part of their being and did it fearlessly. They drew pictures, wrote stories, performed cannonballs, danced, did cartwheels, played ball, they sang, they dressed up and performed monologues, they made movies starring themselves, they invented games, built forts, jumps and obstacle courses. We watched it, over and over and over.

But then as we get older our inner critic gets louder and suddenly all we can hear is what we cannot do.

"Who am I to be brilliant, gorgeous, talented, fabulous? Actually, who are you not to be?"

Think about that, "Who are you not to be?"

And if you are brilliant, gorgeous, talented and fabulous can't you do anything?

So first believe then think about what you want.

If you are not where you want to be.... what are you waiting for?

For me I wanted to feel better and be stronger because I want to give a Ted Talk...but I decided I was too old and it was all too late. I thought I was always going to feel old and out of shape. But then I started working out and that has been the first step to doing what I really want. When you physically push yourself it is amazing how that seeps into everything else. Find something that really challenges you, that forces you to get out of your rut and then you can do the next thing and the next thing and the next thing. For me doing something physical is almost magic. I don't know how to describe it except exercise has been medicinal, it clears my brain...my stamina is better, my balance is better and because of those things I am less fearful. Exercise helps me realize I'm not too old and there is still time to do the things I want to do. When I pound those heavy ropes I'm kind of a badass...

What do you want? Today, this day, sit down and write it out, because I know you know, just like Allie knew...because it's simple.

You know what you want....write it down and send it to me.

Xuberance has changed my life and it can change yours also. Put yourself in the hands of a team dedicated to your health. From personal trainers that know more about you than you do, to a massage therapist who can literally take your pains away, to a dietician dedicated to your food health they all work together for your good. There is even a doctor who monitors your over all health. To be sure there are other ways to achieve this effect but I just don't know of a place that has everything under one roof the way Xuberance does. Call for a tour 702-750-9420. You won't regret it.
Posted by Donna Tagliaferri at 11:22 PM 6 comments: Links to this post