The Urine Sample and the Search for Something Better 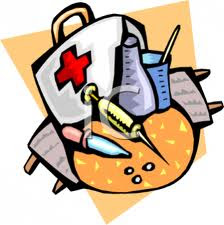 So for anyone who has been following the odd doings of my life....please let me continue.
I had a flu shot which produced a huge bruise. And then, lucky me, I promptly felt like I had the flu for the next 24 hours....I didn't care for that, and neither did anyone around me......oh by the way.
Then I went to offer up my blood to the technical lab ghouls, other wise known as phlebotomists, who work for my doctors. Since this last test they have the evidence as to whether my cholesterol is where it should be (it isn't) and levels from my B12 to thyroid to sugar to anemia to almost anything else including whether or not I can swim. I am amazed that blood reveals all our secrets......I just want whatever big bang that created me to know how grateful I am for such a handy way to monitor my health.....I love all the miracles that big bang was able to create...how lucky for us all.
At the end of my bloodletting they handed me the dreaded small cup....the urine sample....40 to 50 milliliters she says. I have been fasting I tell her, no eating no drinking...I think I am only a 20 milliliter girl. She doesn't smile......I go off on a journey that I am convinced will not have a happy ending. However, I noticed all I had to do was leave a sample in the cup on the table by the bathroom....and they were so busy no one could yell at my lack of "effort".
Another test down. I seriously am finished with this health stuff. I remember one time my husband went to Santa Barbara for a physical. He met with a doctor who interviewed him, and decided which tests he needed. He started his tests that afternoon, the last test was a colonoscopy....which is not nearly as painful when you have an ocean view. And then at the end of the 3 days the same doctor reviewed every test and told him the results. He praised him, yelled at him, counseled him and sent us home.
Now that my friend is efficiency. Very different indeed from my appointment on appointment wait and wait.......
The worst part is I haven't even ventured over to the Caligula Center of squeeze....otherwise known as the mammogram terrorists. I heard they get their training in Afghani caves from Al Queda operatives, that seems like a good fit.
I also went to the dentist this week with the worst pain....cracked tooth! Where has my luck gone?
Forget luck!! I am banking on the law of compensation.....which means I should be a size 6 next week along with sole ownership of a pair of killer shoes. Seems fair for a couple of really annoying weeks.
Life is like that isn't it? And the reason we stick around and stick it out is that we all believe in the law of compensation.....we inherently know things will get better.
That no matter what bad news we get we'll shake it off and start over. Put some dirt on it.......We believe there might some great thing right around the corner.....it's how we got TV from Philo Farnsworth, or a bigger map from Lewis and Clark.....without Neil Armstrong we would never be able to say, "one small step for man, one giant leap for mankind." It's what kept Mother Theresa going back to save one more child and got Rudy through Notre Dame. Without it Susan Lucci wouldn't have kept going to the Soap Emmy's, and my people wouldn't have gotten back on the boat in freezing Canada after a long trip from France to say, "we are off to somewhere warm". They then discovered Louisiana and invented gumbo. I am grateful for their search for something better....I don't like the cold.
From Philo to the Cajuns they all felt there was something better.
So the next time you pray.....ask for what you need.....or something better. Don't limit yourself. 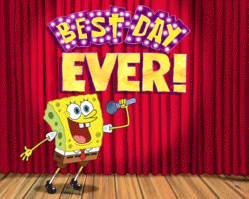 And by the way stop complaining about all the medical tests you have been having......I am tired of being a good example for all of you. The strain and stress of it all.
Hook 'em! #RedRiverRivalry2011
Posted by Donna Tagliaferri at 9:42 PM 12 comments: