A Little Social Experiment Or Was It Lord of the Flies? 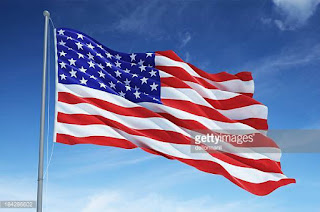 Recently I participated in a social experiment on Facebook. Could a group of conservatives interact with a group of liberals long enough to understand why they believe the way they do?

We managed to prove that if we were all in a lifeboat we might have rowed in the same direction but if the G20 Summit had come up someone might have received an oar to the head.

This morning I woke up with such a headache.

Here is my takeaway of almost a week of spirited debate.

1.) It's too hot for spirited debate, I tried to give it my "all", but I get to "all" a little faster than most. I wasn't nearly as understanding as I thought I would be.
2.) The people who were willing to find common ground, even though they still respectfully disagreed, engendered trust. When they brought up points I had not been exposed to I listened.
3.) When I debated (argued) with the sole purpose of being right I felt terrible. Because that was not the purpose...to just be right, it was to learn about each other and discern why we believe the way we do. When we strayed from that purpose and just became partisan we were war like. Sometimes even eating our own.
4.) I met some intriguing and intelligent people. Over and over it makes every difference when we take the time to get to know each other. One person I found particularly intriguing had a serious heart event similar to mine. I was able to confide in him over some issues I have been dealing with about my heart and he gave me some great advice.
5.) We believe our bias and find news to prop up that bias, but sometimes we are wrong. The people willing to accept they could be wrong (and what cost is that anyway, is there a cosmic scorecard?) were the ones I learned the most from. The ones who simply considered themselves right and their side blameless for negative discord I ignore.

As some of you know I survived a very large heart event 7 months ago. I have to wonder what I was saved for.  Certainly not to bring contention, so I am tempted to back away. Or do I stay and concentrate on honest civil discourse? Is it even possible?

Getting outside our circle is imperative. I believe it is one of the reasons our government is so unresponsive to us. Our elected officials are clueless to our basic needs because they have iron clad pensions, health care and privilege. Go down the list of civil servants and see how many have been in government their whole lives yet are millionaires. Little is more important to them than fund raising as the process of election is incredibly expensive. Of course they are more responsive to money over constituents.

Here are my top 4 ways to survive the current political atmosphere.

1.) No click bait in fact I will not pass along articles at all as most are partisan.  I will be impeccable in my word and I won't manipulate facts to support my opinion. I will venture into conversational places I am timid to travel for balance and understanding.
2.) I will not root for someone to be wrong just so I can be right.....I won't be rigid without trying to see another persons point of view. and I won't take anything personally.
3.) I won't assume what someone is thinking...I will respectfully ask questions.
4.) I will do my best to continue a civil conversation, to see the good in others and stop labeling people for their beliefs. I will be respectful at all times.

If this reads like the 4 agreements then you spotted my artistic license with a way of thinking I find brilliant.

Maybe we can keep going with our social experiment, maybe we won't. But whatever happens I learned a lot about myself and which people I really listen to.
Posted by Donna Tagliaferri at 11:17 AM 21 comments: Links to this post