The movie Selma is important for many reasons.  For one, Selma uncovered what evil looked like in America.  Human beings hell bent on denying other human beings the right to vote.  People so blinded by prejudice they could not see the obvious unfairness of their acts.  It was finally time to change wrongs for good.  But the fact that the person who ran the entire country wanted the voting rights bills passed is important to me.   It gave me comfort that not every white person in power was determined to keep black people from voting.  So why did the filmmaker feel the need to make Lyndon Johnson such a force against voting rights when he was, in fact, so determined to make it happen?  Why did she infer LBJ ordered the FBI to investigate Dr. King?  The director felt making LBJ a sympathetic character would result in him being the great white Savior.  In my opinion, nothing could have been further from the truth.  Martin Luther King Jr. was the heart and soul of the civil rights movement, no one else.  There are certain facts associated with Selma and the entire civil rights movement that are simply beyond my comprehension.  Law enforcement being ordered to beat defenseless men and women is small next to the fact that these same men and women came back to march in Selma again, and then again.  That is a testament to the capacity and limits a human beings will go to seek freedom.  In this case the freedom to vote.  Without Martin Luther King it would not have happened in the compelling and inspiring way it did.  I watched him give "The Dream" speech on Television...I was only 8 years old but he touched something in my soul I will never forgot.  I knew he was telling the truth, and I raised my children to judge people on the content of their character and not the color of their skin.  One generation in my family went from not being able to drink from the same water fountain to being best friends.  Dr. Martin Luther King was the central character in this story, in comparison no other leader even comes close.  It wasn't necessary to make LBJ small to heighten Dr. King.  Martin Luther King was the giant in this story.  He changed the lives of disenfranchised people everywhere, and he did it with leadership, love and fairness. As much as he could have, he never appeared to hate anyone.  He is an American hero for all Americans.

Although the climate of my generation made it easier for me to be "color blind" my father had the seed.  He told me about the time his Platoon was moved by train from San Diego to Jacksonville Florida.  It was 1952 and the Marines were "cautiously" desegregated.  They all rode together until the New Mexico/Texas border then the black marines were forced to go to the back of the train.  In a show of solidarity these men who had trained together, lived together and could all die together went to the back of the train together.  My dad, raised by segregationists....knew what was right.  He didn't think it was a big deal...but it was.  And it is the reason I know things will continue to get better and better.  I have been chastised by some because I feel we have come such a long way.  There is still so much unfairness they tell me.  Of course there is...and it is heartbreaking to me.

But this is my reality. 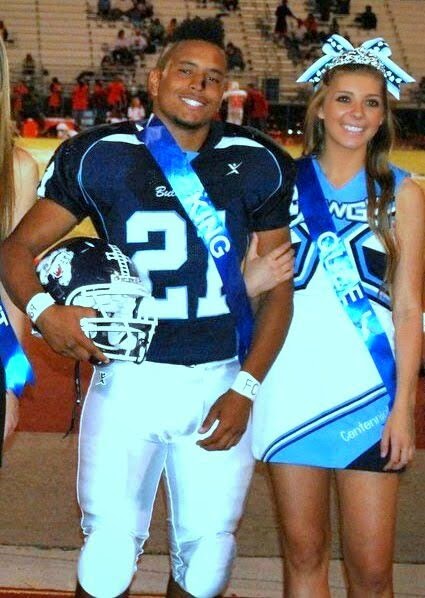 This is a picture of my daughter when she was homecoming queen.  When I was growing up this would never have happened.

By Ann Hornaday Film Fact Checking is here to stay

By Joseph A. Califano Jr. who was President Lyndon Johnson's top assistant for domestic affairs from 1965 to 1969

Posted by Donna Tagliaferri at 5:38 PM 5 comments: Links to this post