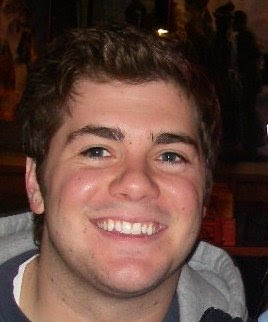 So how blessed am I? Four times a year I get to remember my children's birthdays in details only I know. Yesterday I spent the day remembering when Trey was born. There were lots of things about his birth that I inherently knew. I knew he was a boy...almost from the beginning. And on April 27th I knew he was coming. However, the good people at the hospital didn't know he was coming. In fact they told me to go home. I refused...(this began my tradition of being the worst maternity patient ever) So they sent me to the back parking lot to walk...walk until my water broke. And I did, and it did...a few hours later this sweet little boy came into our lives.......

Four sweet little spirits sailed into our lives over the years, different births for sure but the same in forever changing our lives...helping us grow up..making us into better people and giving us the opportunity to reach outside ourselves and love four amazing people....right from the beginning!

Posted by Donna Tagliaferri at 7:49 AM 5 comments: Links to this post

I have read with some amusement people's opinions on the royal marriage. The spectrum has gone from boredom to excitement. Some folks have said they are so over it...easy to do with the never ending stream of information about a family we will never meet....never really know what they think....and because of that, never really understand.
Americans seem way more interested than the Brits are. But I doubt that...like them, don't like them, the Windsors are their crazy uncle....the one you put up with during holidays. And talk about when he isn't in the room. He is never quite functional, in fact the family is always surprised he dresses himself...yet we still set a place for him at the table.
So it is with the Windsors....we may cluck at the waste, deride the time spent wondering what she will wear and get angry we can't find anything on television that isn't somehow related to Will and Kate.....we still secretly wish that just one time we could ride down a street in a horse drawn carriage, surrounded by men in uniform......meeting our handsome prince.
Admit it....it looks pretty cool.
On another note I am amazed that when Kate gets stressed she loses weight....I would be the fat princess...getting out of the carriage with one hand on the door and one with a crumpet, or a danish or a doughnut...a little jam on my upper lip, but a smile nonetheless! I find stress is best served with carbohydrates. Kate just stopped eating...poor thing.
I just want to see her dress.
I know everything else....
Posted by Donna Tagliaferri at 6:46 AM 3 comments: Links to this post