Waiting for Stevie Nicks and my secret tennis life

I was just waiting for Stevie Nicks to come on the American Country Awards and started thinking about life a long time ago.  I wore out the album Rumours when I was in my early twenties.  All I did was listen to Fleetwood Mac and play tennis. 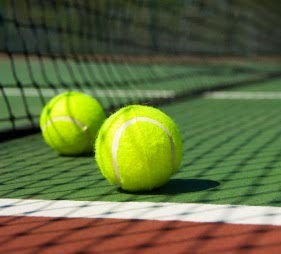 The other day my daughter told me she had a tennis match.  I am thrilled for her because I used to love to play tennis, it is so much fun.  I was dang good at it....but I stopped playing when I had my first child and never went back.

Maybe, but there is a back story to the abdication of my tennis shoes....tennis really got me in trouble....  When I played tennis I didn't just play tennis, I played all the time.  I got up in the morning and cleaned tennis courts at Caesar's in exchange for lessons.  And played tennis,  I did anything I could to just stay around tennis.  I hit with hotel guests and helped out with filling the drink machines, stocking shelves and pretending to string rackets.  I stayed there until I had to go to work at an indoor tennis facility where I scheduled court times and separated warring housewives playing on doubles teams.  They were nuts...

When the Alan King Tournament came to town the last week of every April I did everything to help.  Including watching incredible tennis from the best players in the world at the time.

I still cannot believe the carefree life I led, we went from the Frontier to the Stardust to the Riviera to the Desert Inn back to Caesar's and then over to the MGM just playing and playing.  I had tennis friends from bellhops to show girls....dealers and bosses, a crazy neurosurgeon and lots of regular people too.  The tennis world revolved around how good you were.  If you were good at the game you could move in any circle, with anyone.  I hit often with a woman named Mirha from yugoslavia who was the principle dancer for the Folies Bergere at the Tropicana.  She was a great tennis player, very strong with great strokes and because she was so beautiful she always attracted a crowd.  Court one at the Tropicana every Monday.

Every once in a while the traveling pro from Caesar's would stop by.  Everyone was terrified of him.  I didn't know better so I tried to learn everything I could from him.  I knew 2 people in my life that were the absolute best at what they did.  Charles Miller and Pancho Gonzales.
Pancho grew up in East Los Angeles, he wasn't allowed on the regular tennis courts because he was hispanic so he would climb over the fence to practice.  He overcame almost insurmountable discrimination to become one of the greatest tennis players to ever play.  He was also one of the most mercurial people to ever live.  A story that followed him everywhere was when he was playing at Wimbledon and threw his racket.  One you don't throw your racket at Wimbledon and if you play with steel rackets and throw your racket it could be deadly.  He missed the net judge (there was a time someone sat on the side of court with their hand on the net to check to see if it was hit during the serve) by inches....they said he would have decapitated her.  One of my worst afternoons was on a court at Caesar's.  I was hitting with a friend and since I considered myself all that as a tennis player I felt I could act like a spoiled child.  I missed a shot and threw my racket....since I got rackets for free ruining them wasn't on my mind, however where my racket landed gives me chills to this day.  Right at Pancho's feet.  I didn't know he was in town, didn't know he was there and certainly didn't know he had come looking for me.  There was the racket, there I was and there was his temper.  He was basically charm free when provoked and throwing a racket on his tennis courts was beyond unacceptable.  I was terrified, I could see him banishing me forever.  But he didn't, we had a very long conversation about tempers and how destructive they were, how unattractive they were and how that was never going to happen again.  I picked up balls for the rest of the day from lessons the pros gave and didn't say a word for hours.  Needless to say I never threw my racket again.

I never put tennis in perspective, I just played all the time to the detriment of everything else.  It was a lot of fun and I met a lot of very famous people.  I found out most of them had clay feet (never get me started on Bill Cosby - I played with him every time he came to town which was very often)  But it wasn't a real life.  I eventually got a job, met my husband and tennis was just a fond memory. But while I played it was a trip.  I had an enormous crush on Guillermo Vilas who was from Argentina, he was a great tennis player but considered himself a poet first.  Women considered him the best looking man in the world.  He would go on a back court and take off his shirt to practice.  His fans would be 12 deep.  And then of course what life with tennis would be complete without an Ilie Nastase story?  He needed a ride to the MGM so we piled into my ridiculous Datsun B210.  I listened to him for 20 minutes tell me what a piece of crap my car was.  With that accent it didn't seem as insulting as it really was.  He was playing Rod Laver the next day and I secretly hoped he would be wiped off the court but he wasn't.  The most elegant tennis player I ever watched was from Ensenada Mexico, his name was Raul Ramirez...he attended USC and eventually married Miss Universe.  Everyone talked about him in hushed tones, his family had huge money and he was just simply elegant and kind.  Then there was Peter Fleming who was doubles partner with John McEnroe.  Peter was a great friend and we had a lot of fun, but McEnroe was just quiet, a complete conundrum, because he was a horse's ass on the court.  Jimmy Conners was a happy, nice guy.  His best friend was the pro at the MGM so we saw him a lot, I remember running into him at the airport.  He was getting on a plane with just his racket, not another thing...not a bag, not a cover for his racket...just a racket.  I asked him what he was doing because it was just so odd...he just stared at me and said, "I'm going to LA, play a match and go home." and off he went.  He thought it was all completely normal.  I watched Andre Agassi play on center court as a 5 year old.....5 years old.  Amazing.
I had the experience of getting to know the Amritraj brothers, Anand, Vijay and Ashok.  They were the first top flight tennis players from India.  Anand was my friend and the first thing I noticed about him was a 5 carat diamond ring he wore.  I don't know what his family really did in India, but he grew up with incredible wealth, even when he practiced he had ball boys.  After tennis one of his brothers Vijay was in several movies from Star Trek to Octopussy, his other brother Ashook was a producer making movies from Walking Tall to Bringing Down The House.
Another great part of the time were the fights at Caesar's.  We would be playing tennis and here would come the fighter and his entourage.  One guy in the front with the boom box and then about 30 people after that.  Beautiful women, sparring partners, trainers, childhood friends, relatives, promoters and then the fighter.  It was the best!!  It was mostly Larry Holmes who trained there all the time.  I would go and watch him train because fighters truly fascinated me....who would do that?  All fighters were great at jumping rope and Holmes was no exception, he taught me how to jump rope and it was the best shape I was ever in.  Going to the fights was an experience in and of itself.  You dressed up in your best and just counted the celebrities.  Everyone who was anyone went to the fights.  I will never forget one night the whole place just stood up, it took me a minute to realize Mohammed Ali had arrived.  I don't think I saw another celebrity treated the way he was.  It was beyond awe... 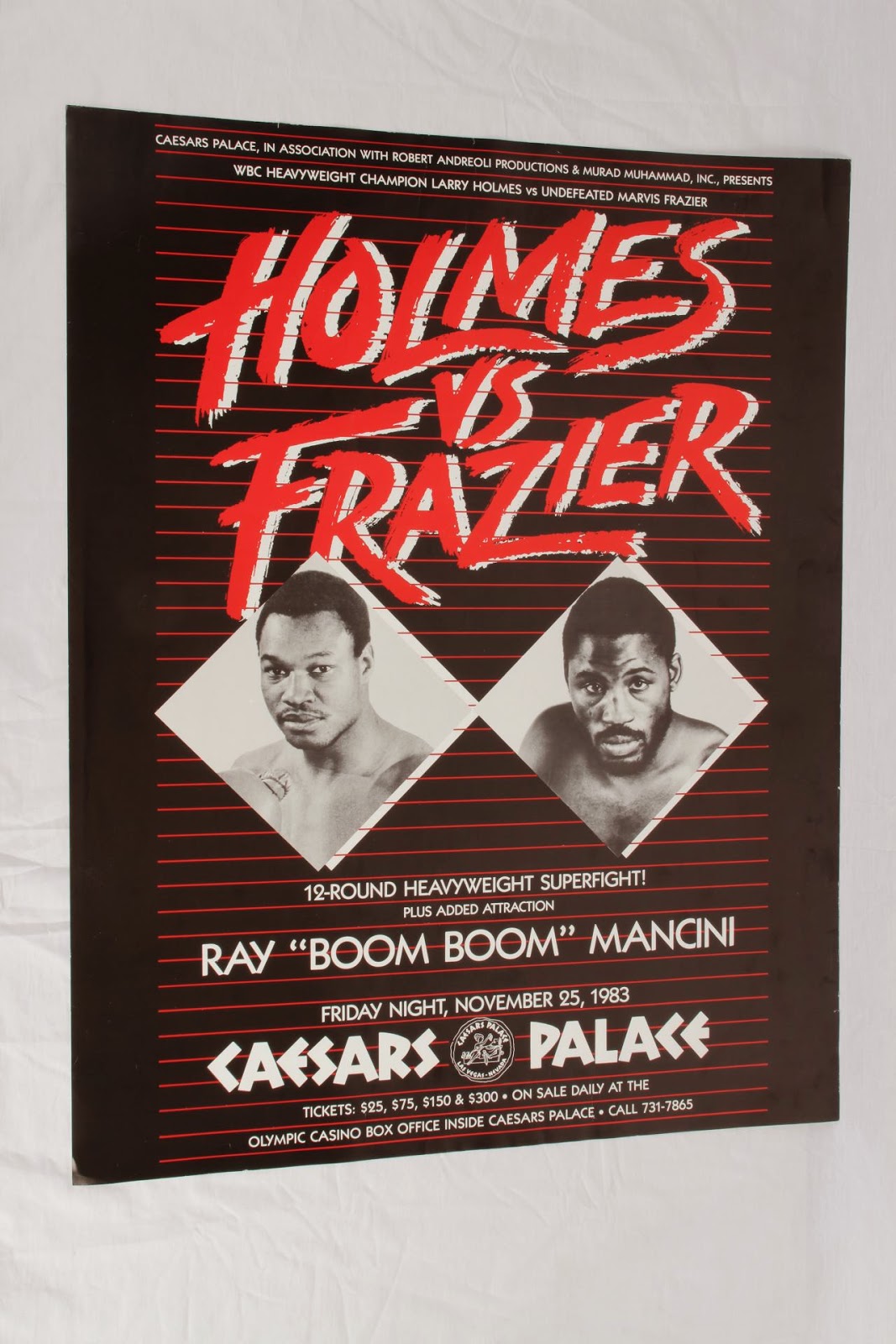 So that was my little trip down memory lane....it was a lot of fun, but not real life.  I found out that folks can be amazing and difficult but mostly just regular people trying to be happy.  Meeting people from so many different places was what started me on a lifelong fascination with the nuts and bolts of people.   Now that my daughter is playing I really wish I had kept playing.  But I didn't  After my knee stops hurting I might be able to get a ball over the net.

No one will know but me that I really could play at one time in my life.

Except Bill Cosby, he knew I could play.....but that is a whole other story.