Lonesome dove at the OK4U Corral and pictures from Monument Valley


Donna is still out of the blog-house today.
Emboldened by not having been caught at what he’s doing, Mark (the photographer friend) guest-writes once again from Las Vegas.

"So many things in life can be understood when compared with what you see in nature. This morning for example, I was headed up the lane from the bunkhouse barnyard. As I approached the gate, I saw a female Mojave mourning dove balanced on the top of the fence, rocking back and forth from her left foot to her right, and looking flustered, but she didn’t fly away as I would have expected. And on the ground a few feet further was her mate, limping along with his two wings half-folded at mismatched angles like he had just hit a windshield with his noggin. He turned from me and made a pathetic effort of hobbling away like Marty Feldman in Young Frankenstein. ‘Walk this way . . .’ 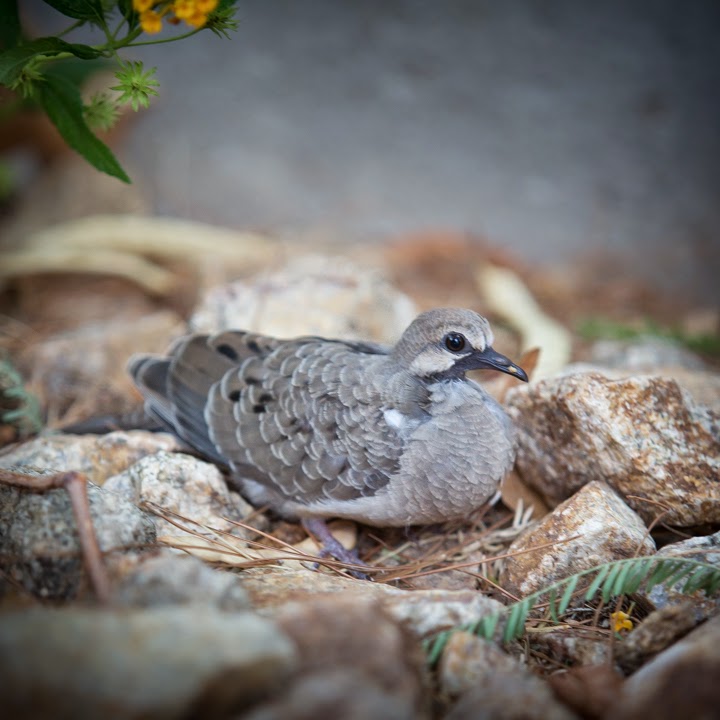 Being the outdoorsy guy I am, I had already recognized the fake wounded bird tactic employed to draw predators away from their young. So I quickly looked along a line from his tail back towards the place he had just left. In a minute, I saw junior, trying to look invisible in the rocks. He was old enough to fly off from the nest, but not yet ready to make it on his own.

Kind of like a teenager, right? Long on impulse and short on judgment, and trying to act chill like the grownups. And there was mom, fretting and worrying and all upset, hovering around her baby who was trying to leave the nest and head off for college while mom was not ready to cope with the syndrome. And dad of course, gamely trying to take on the big bad human – not quite sure how – but faking it the best way he could. Hey. When you’re a dove, you just come to the game with whatever ya got.

I checked back at the end of the day. Junior was now chillin’ in the tree (“Coo-oool . . . see? I can do this!”). Mom and dad were gone; probably went out for supper. The nest was empty.

Here are some images from a spring trip to Monument Valley in the Navajo nation. I was there with a couple close friends for a few days of camping and photography. If there ever was an iconic symbol of the American west, this has to be the most recognizable. Uncounted movies of the John Wayne and Henry Fonda era of Western filmmaking have included images of this place, seen by countless millions of people around the world. 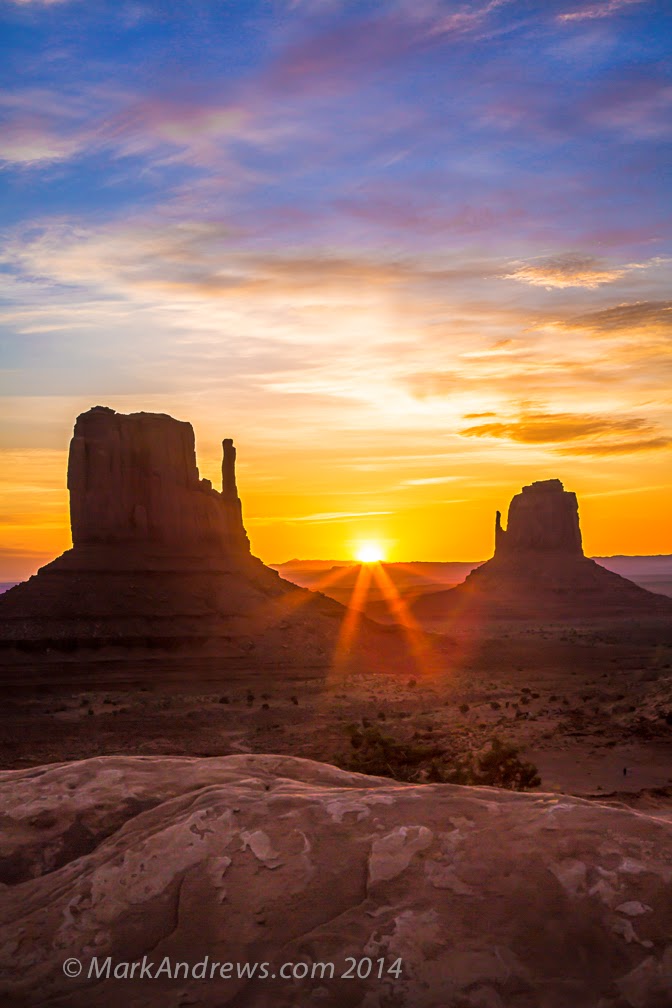 This sunrise event was one of those surreal experiences that couldn't have been planned. I was camped just off the valley road that is used by every tourist and every resident Navajo who goes into the back country. I mean just about 10 feet off the roadway where the asphalt ends. I woke up in the morning before the sun rose and from my bedroll I saw color in the sky. Not having to dress (I slept in yesterday's clothes), I simply rolled over, grabbed my trusty camera and tripod, rose and walked less than fifty paces to the edge of an overlook. I put the rig together and focused, checked a test shot to set a light level, and in that moment, the sun broke the horizon. For the next 5 minutes, I steadily made a dozen more exposures and then stood with a friend while we witnessed this glorious event, feeling reverence for the God who created it. 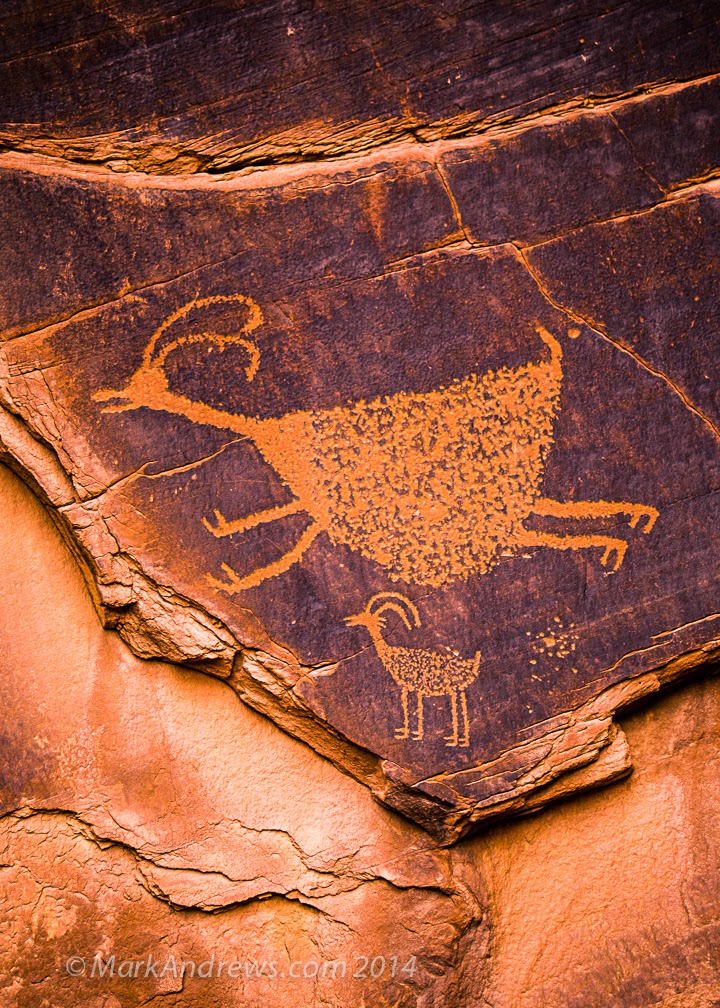 Above - I'm always impressed when I stand in the footsteps of the unknown persons who create gorgeous images like this, hundreds - maybe a thousand - years before me. Is he there in spirit checking to see if his design endures while I make the image with my 21st century magic lantern? 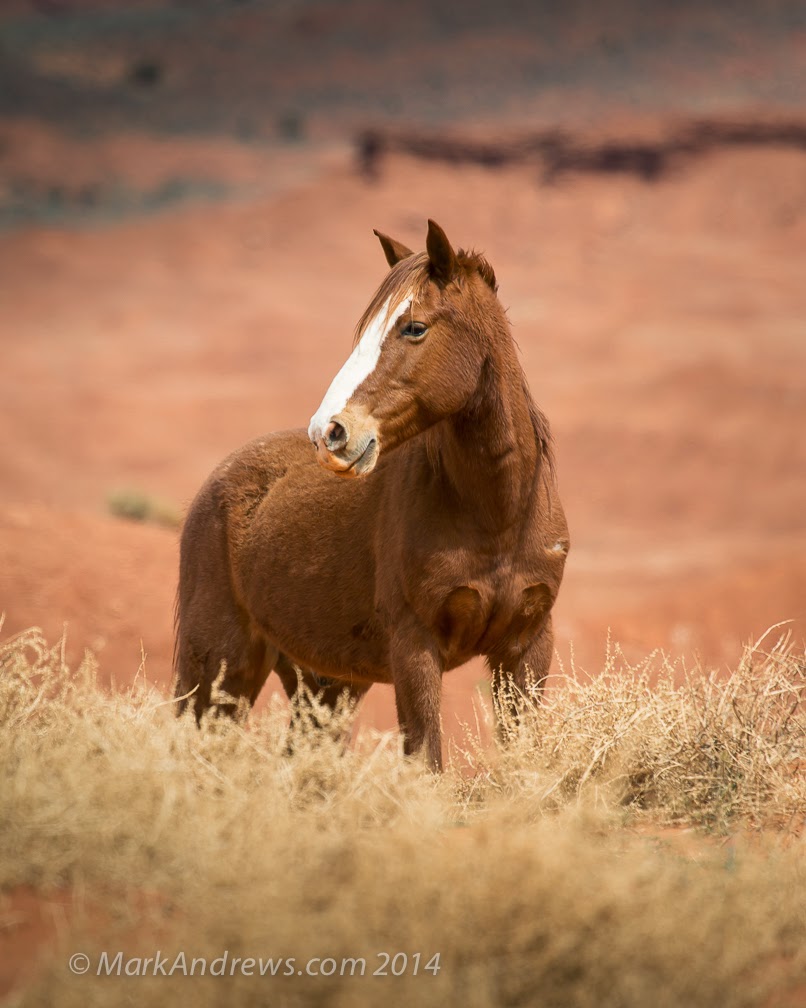 A free spirit if there ever was one; a Navajo pony pauses on a hill. 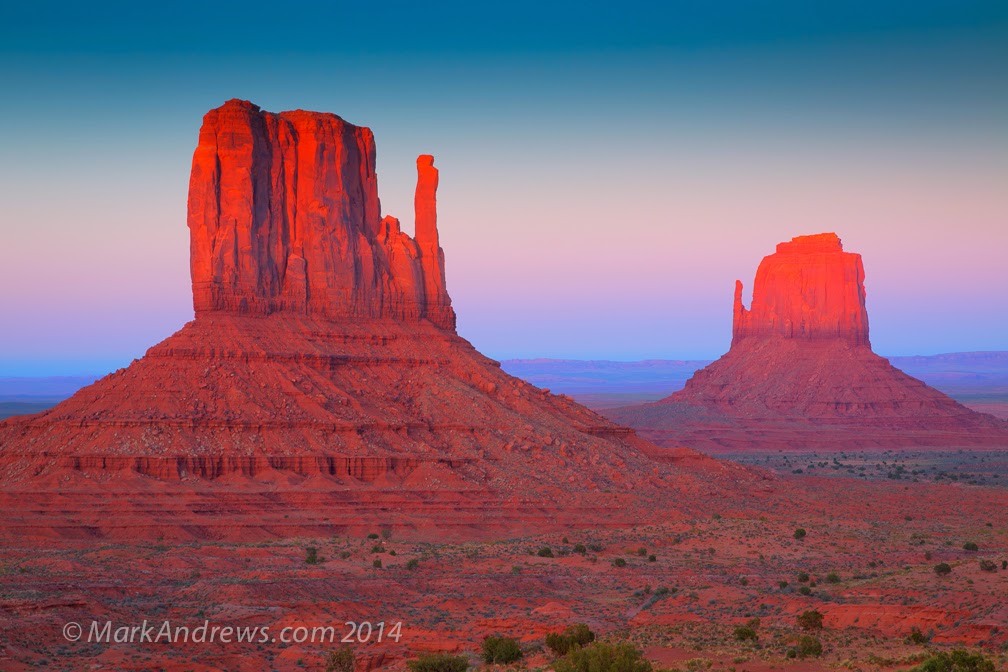 Above - Sunset on the mittens at Monument valley. Below - an image that captures the isolation and delicate balance of nature. Like so many things in life, erosion is proceeding ever so subtly right before our eyes. And one day - without warning - an unexpected disastrous event will lay this spire on its side in a few brief seconds. The dust will settle, disturbed plants will recover and eventually a rain storm will soften the harsh rock edges until at last the sandstone blocks once again become a soft dune in the desert. 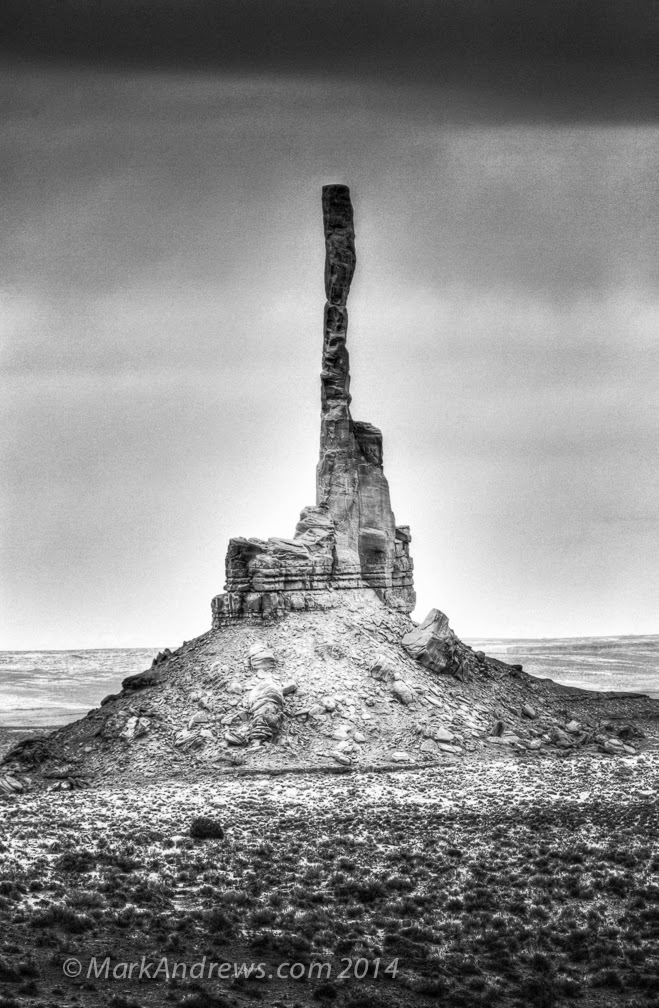 Your guest writer, Mark Andrews, is an Emmy-award winning landscape photographer based in Las Vegas, Nevada, in the middle of the Mojave desert. His recent works can be found here. Rebuttals, corrections and hastily formed opinions may be directed to: Mailroom at the OK4U Corral. 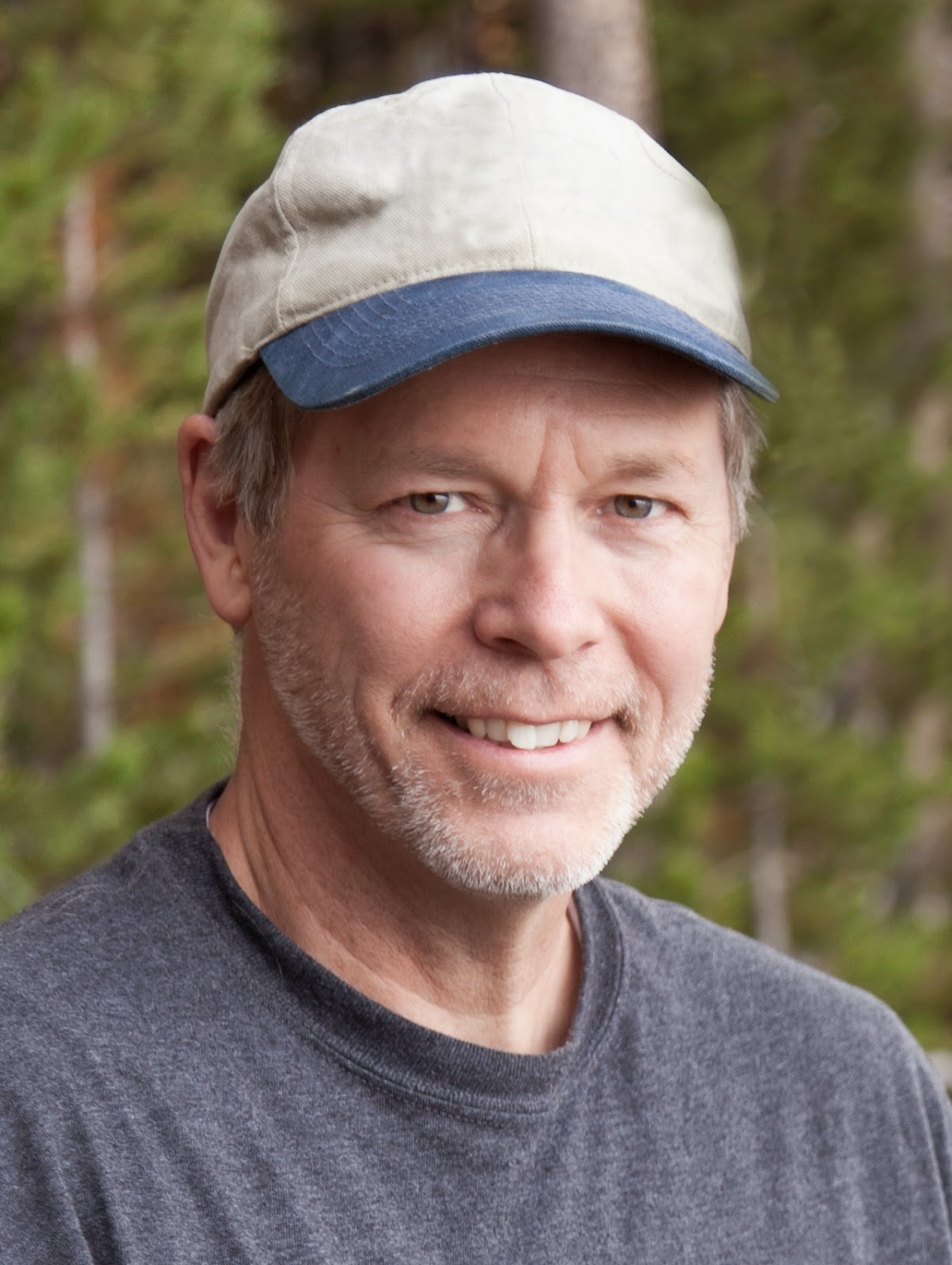 Scoundrel of the western desert.


Posted by Donna Tagliaferri at 10:20 PM 25 comments: Links to this post