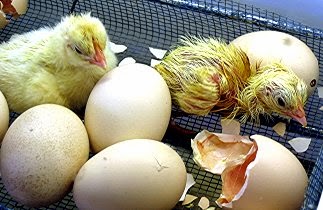 I have been formally trained in so few areas that a good fortune cookie is probably more effective than what I could offer.  Except for one thing, at this point in my life I have learned a great deal about wisdom.  Wisdom occurs through trial and error, it isn't really learned as much as it is absorbed.  Sort of like osmosis.   And I am a student of life, just living life teaches me so much of what I really need to know.  For instance, my husband gave me the greatest gift yesterday...he fixed the sink.   We have been living with this broken sink for a long time.  That broken sink was a metaphor for so much. From our health to broken sinks to that "funny sound" the car makes, we put things off until we reach a place of "no return".  So many things were wrong with the sink, but it was still useable.  The faucet was broken, but if you did this and bent that way and were careful with this part, it still worked.  The air gap thing was plugged for some reason so the water from the dishwasher spurted out into the sink.  So three times during a dishwasher cycle it sounded like a pipe was broken.  And from an earlier flood the shelf underneath the sink was warped.  But we walked around it, used it broken because we didn't have the money to fix it, didn't have the time to fix it and besides it still worked.  Looking at that broken sink made me feel poor, and that is a negative feeling.  But looking at the fixed sink makes me feel so good.

Sound familiar?  There is a great scripture that talks about the "natural man being an enemy to God"  What that means to me is God is good, patient, kind, loving and every other positive quality you can think of, and well, man isn't.  But that's not a bad thing.  We have weaknesses so we can overcome them....which makes us strong.  Case in point, a tiny bird pecks its way out of an egg, what happens if you try to help that baby bird?  It dies because the act of pecking its way out of the egg gives it the strength to live.  This earth life can be a hard one, there is sickness, and wars, and poverty and problems galore.  We have to be strong enough to handle them, so we are given weakness to overcome so that we are strong.  For instance a weakness is anger, the natural man gives in to anger, but as we progress and learn to control it our lives improve.  The worst story I ever about anger occurred near my home.  A driver cut another driver off on the freeway.  Instead of ignoring a mistake, the 'cut off' driver reacted very badly.  He aggressively followed the first driver honking his horn, getting right up on the bumper and scaring the first driver so much she called her boyfriend for help.  He told her to get off the freeway and he would meet her at a nearby carwash.  With the 'cut off' driver in pursuit they all arrived at the car wash with tempers flaring, a fight started.  One man pushed the other man who tripped and fell backwards, in a freakish accident he hit his head on a concrete planter and died.  If the cut off driver had simply accepted a mistake and used some forgiveness tragedy would have been avoided.

When we give in to anger, addictions, procrastination and a million other things that weigh us down we are just going to a default state.  We are naturally a mess....but we can work at overcoming our weaknesses thereby becoming strong.  Very few people are naturally disciplined. There isn't a magic spell, or a pill you can take....you just do it.  I remember Oprah doing this whole show on discipline.  She could not figure out why she was still heavy when she had everything at her disposal to be thin.   In the end she concluded, "disciplined people are disciplined because they do it".

Addictions can be conquered, positive outlooks can claim the day, anger can be conquered, books can be written and problems can be solved.  When we stop the self loathing and realize our weaknesses have been given to us to make us strong.  When our perception changes we want to conquer.  Have you ever heard anyone explain away bad behavior by saying, "That's just the way I am."?  Nonsense!! That is just an excuse. And not a very good one.   I have been so tempted to give up because the mountain seems to high to climb. Inertia taps me on the shoulder and whispers, "just give up and give in, this is too hard." It is up to me to listen to that voice or to my "better angels".  My better angels encourage, while inertia discourages.  My better angels sing with the voice of positive songs, inertia is negative.  A positive outlook is simply your mind mastering negative energy and thoughts.  It is your choice.

There is a great Ted talk about the Wright Brothers (Simon Sinek - Start with Why) and a man named Simon Pierpont Langley.  I am taking it directly from the transcript.

"Samuel Pierpont Langley was given $50,000 by the War Department to figure out this flying machine.  Money was no problem.  He held a seat at Harvard and worked at the Smithsonian and was extremely well connected.  He knew all the big minds of the day.  He hired the best minds money could find and the market conditions were fantastic.  The New York Times followed him around everywhere and everyone was rooting for Langley.   Then how come we have never heard of Samuel Pierpont Langley?  A few hundred miles away in Dayton, Ohio lived Orville and Wilbur Wright.  They had none of what we consider to be the recipe for success.
They had no money, they paid for their dream with the proceeds from their bicycle shop.  Not a single person the Wright Brothers' team had a college education.  Not even Orville or Wilbur.  And the New York Times followed them around nowhere.  The difference was that Orville and Wilbur were driven by a cause, a purpose, a belief.  They believed that if they could figure out this flying machine, it will change the course of the world.
Samuel Pierpont Langley was different.  He wanted to be rich and he wanted to be famous.  He was in pursuit of the result, he was in pursuit of the riches and lo and behold look what happened.  The people who believed in the Wright Brothers' dream worked with them with blood, sweat and tears.  The others worked for the paycheck.  And they tell stories about how every time the Wright Brothers's went out, they would have to take five sets of parts because that's how many times they would crash before they came in for supper.  And eventually on December 17, 1903 the Wright brothers took flight and no one was there to even experience it.  We found out about it a few days later.

And further proof that Langley was motivated by the wrong thing - the day the Wright Brothers took flight, he quit.  He could have said, "That's an amazing discovery guys and I will improve upon your technology." But he didn't.  He wasn't first, he didn't get rich, he didn't get famous, so he quit.  people don't buy what you do, they buy why you do it.  And if you talk about what you believe, you will attract those who believe what you believe."

Orville and Wilbur weren't listening to the natural man, they were listening to something bigger and better and look what they accomplished!  I know I am facing an enormous challenge.  Starting over in life when popular beliefs are telling us we should be done, we should retire, we are too old...give up, is not easy.  The natural man whispers things to me about how much easier my life would be if I would just quit.  Thankfully just as I am about to, just when I think I don't have one more step something happens to give me hope.  Something as small as the sink getting fixed.  God wants me to succeed.  And if you don't believe in God then believe that nature wants you to succeed.  Look at the bird pecking its way out of the egg, the salmon swimming upstream, whales migrating to warmer waters...the evidence is clear, the earth is here for you to be happy, safe, warm and secure.  And the preferred path God or nature has prepared for you is a great one.

You find it when you believe you can.

Posted by Donna Tagliaferri at 7:30 AM 7 comments: Links to this post