The Rapper and the MRI 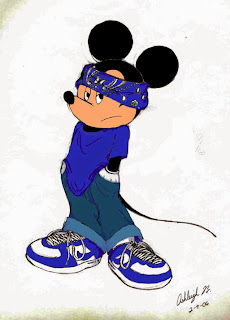 Ain't life a kick?  It astounds me the twists and turns it takes.

For instance my rapper friend.

It was last christmas and I received a text...just a simple greeting, "Merry Christmas"  I didn't recognize the number but I responded back, "Merry Christmas, I hope Santa was good to you."  The texter sounded a bit sad and wrote
something like his music was going better not great, and hoped 2014 would be a better year.  Money was bad, no gigs.....So I told him to expect miracles and they would happen and didn't think another thing about it.  He sent another text on New Years, just sweet "gangsta" love.  A month later a new text telling me all the places he performed in, the record contract he signed and when his record would "drop".

Then he said, "Thank you Yoshi, you have been such a good friend.  Everything you said would happen did...thank you, I believe in miracles!"

I felt so guilty I came clean immediately.  I explained I wasn't Yoshi but was very excited for his success and that I meant everything I said about miracles.  I told him I loved hearing about his career and music (how else would I ever know about rappers?)  He was so confused, but then he just said,

I told him I was just a random wrong number that must have been put in his life to remind him miracles occur.  Since then he has sent the link to his concert, showed me the jacket cover for his record and shared his girlfriend problems.  He believes in miracles....and all I did was wish someone a Merry Christmas.....

Which brings me to last Friday when I finally went in for my MRI.  Did I tell you I hurt my knee?  How could you miss that information, I suffer by committee.  If I am in pain everyone is in pain with me.  My threshold for pain is right about here......want to guess how high my hand is above the ground?

The most adorable woman is my MRI master.  Her name is Carla and I liked her immediately.  She explained the procedure and gave me some great earphones.  I requested Billy Joel, she didn't even blink and said she would do her best.  The next 20 minutes sailed by as I rocked out to Billy Joel, Three Dog Night, James Taylor and Fleetwood Mac in my MRI machine!  Fabulous.
When it was over I asked her a million questions about MRI's and  how she came to be the Jedi Master of the radiology department.  Evidently the machine costs 3 million dollars and it takes a long time to learn everything.  The MRI I received was a level 3 so they will be able to tell all my secrets from that scan.  I so hope whatever is wrong with my knee will be easy to fix.  Carla asked me how I hurt my knee and I am embarrassed that I do not have a fun story.  It just hurt, and then it hurt a little more and then a little more and when it got to "Oh s**t" I decided to go to the doctor...she said that was probable a good barometer for seeking medical help.  When you get to "oh s**t" you should go the doctor.

The best part of the whole adventure was after I changed and came back to get a picture with Carla and her magical machine.  We traded some life stories and she told me about a business she had recently started in her spare time.  The total purpose was to make as much money as she could to help her family...especially her mother.  They were financially struggling and she just wanted to help them.  This woman, this adorable woman, was doing everything she could to help other people all the time.  Carla said her favorite thing was buying pancakes at McDonald's in the morning and then buying breakfast for the car behind her!  We found out tons about each other in about 5 minutes, chatted as though we were long lost friends and exchanged phone numbers.

I left there a better person for having spent time with her.  Inspired to live life better, and grateful to have met her.

Thanks, life...that one is on you.

Posted by Donna Tagliaferri at 9:46 PM 2 comments: Links to this post