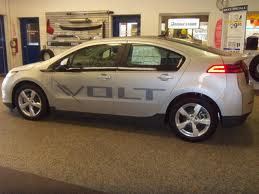 Yikes! I just saw Secretary of Energy Dr. Steven Chu get grilled at Congress. If you ever receive an invitation to chat with congress at their house...run for your life!!
The memo didn't get to Secretary Chu. And all I can say is yikes!

I did learn a great deal about the Chevy Volt....one Secretary Chu doesn't have one. But he would like for me to have one (thank you) but he doesn't have one. But no flies on him, he doesn't have a car at all. So from what I could tell his remedy for high gas prices is the vaunted Chevy Volt....an electric car. Now don't get me wrong I would love to just unplug my rollers and plug in my car. That 60 to 70 dollar a week gas bill - and going up - is killing us. But I want Secretary Chu to understand that as a mother I have been using that line of reasoning since my kids were little. For me it didn't matter what it was that we couldn't have or get or afford, we simply made whatever that was.....uncool. So who needs expensive shoes when you can go to Payless? Who needs a horse when you have a dog? Who needs to stay in a great hotel when you can camp? Who needs Disneyland when you can pop a quarter in the stuffed animal crane game at Wal-Mart?

See Secretary Chu I am on to you.....who needs to buy gas if you have a Chevy volt? Just plug it in, and the transportation problem is solved. Fabulous!! Because we all know that when demand goes down so will the price. Except that isn't how this works. Demand has gone down...and the price goes up.

The message Secretary Che wanted us to get was....Buy a Chevy Volt, and you won't care how high the gas price will go!!

But it might be problematic on a different level, while I could cram my considerable derriere into that tiny little car (I am still iffy on the $40,000 price tag...but hey if Al Gore can drive one around so could I)...I am not so sure how the volt is going to transport my pop tarts here from California...or a load of lumber for Home Depot.....Mayflower moving vans will have to trade in one big truck for 2,000 Chevy volts huffing and puffing up the hill with one families belongings....one long extension cord hanging out the back of the last one....but, dang it all, we are still going to have a gas problem that the volt cannot solve.

Sorry Secretary Chu my kids didn't buy it when I tried to use that logic. We may have to fix the problem instead of wishing real hard that it doesn't exist. And Chevy may have to put that darn little car back into production in order for us to even buy it....and figure out why it has a tendency to burst into flames.

Posted by Donna Tagliaferri at 4:22 PM 4 comments: Links to this post