My husband watches cooking shows...most of them...I do not.

There is nothing wrong with cooking shows but in my convoluted mind food is to be hidden as we eat it, as in sneaking...as in "who ate the last piece of pie?" or sometimes..."who ate the pie?" But on the food channel they are eating all day, all the time, right there in front of everyone. There is a guy who regularly eats food prepared by people who look as though they cook for a carnival on a show called "Diners, Drive-Ins and Dives". And the food is everywhere! Here is the down side, inevitably they will make something my husband will want the recipe for and that problem turns into a Fellini movie every time. He starts yelling at me to come to the den. I race in to find he can't get the TV to record so he can watch it several million times in order to make it. A huge fight ensues complete with hand gestures because of his very loud concern he will miss the entire segment and the recipe for fried whatever, or glopped whatever or sauce poured over something will be lost forever, and of course that would be my fault....

As far as cooking shows go he used to like Giada but then after making some of her food they broke up. (Not enough flavor)  He never liked the "Pioneer Woman" because, well, he is from the East Coast and until he met me had no idea what grits were or that a steak could actually be "chicken fried". He has great respect for the Barefoot Contessa. Her food language is compatible with his, basic delicious food with lots of color and flavor. And the fact she looks as though she enjoys her food is the last piece of perfect for him. With the exception of Bobby Flay he does not trust a skinny chef.

Then there are the PBS shows he tapes to watch when his insomnia takes over. Martha (and her staff of thousands) has a cooking school he loves. He is always trying to make his food better and bless her heart, Martha is a great teacher. Sometimes I wish someone would tell her to just calm down, but she is good at what she does. I don't think I will ever cook like her or garden like she does, I probably won't ever build anything, refinish anything or organize anything the way she does, but one day as the Universe is my witness....I will have a staff like she does.

I believe his favorite show personality is Lidia. She is a PBS girl and looks like his mother and her sisters. Her accent takes him right back to 6 year old Ray Ray listening to his grandmother speak Italian to his father and his father speak English back to his mother. Lidia's recipes are familiar to him and the instructions are filled with words and food he remembers as a little boy. Her food to him is eating at its best, delicious and comforting.

Food is not complicated at our home, it is the focal point of almost everything we do. It is how we socialize, bond, and how we make a living.

Ray Ray is an artist and his pots, pans and platters are the canvases. 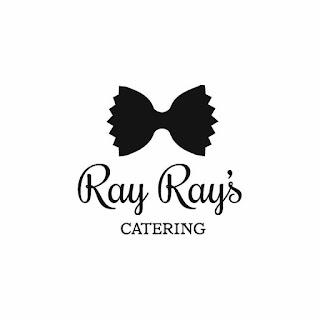 Posted by Donna Tagliaferri at 7:35 AM 15 comments: