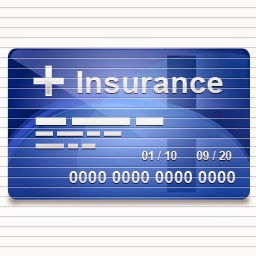 Last May my son graduated from college with a job.  He was thrilled, it wasn't his dream job, not even a job in the area he eventually wants to work, but a job.  Since our health care insurance did not cover him or my daughter, even though they are under 26 (see me about this later) he needed  health insurance until his new coverage began.

No worries...easy to do.  We called an outfit named InsureMonkey and they found the best policy for him with a group called Coventry Health. Again, it was all handled over the phone, easy to do.  His policy would be 117.19 a month taken out of my account since he didn't have checks, and then he would transfer that payment to me every month, which he did.  Again, no worries, easy to do.

Now the account they sabotauged is set aside just for bills.  The account I keep my inheritance, lottery wins and ransom demands are in another account.  So this debit caused a domino effect of epic proportions.  Bank fees in one day were astronomical.  Luckily for me Wells Fargo immediately reversed everything.  InsureMonkey helped with Coventry and the money was reimbursed 2 weeks later.

See the above paragraph for the triage we went through yet again.

The fourth month my son's new insurance began so Coventry needed to be cancelled.

For the next three months they took out 117.19.  Each month specifying to me a new paper that needed to be filled out, or a date not met, paperwork from the new employer that he indeed had insurance (still don't know why they needed that) and each time we would have to have a 3 way conversation because of course they couldn't speak with me about him.  Why didn't he do it?  He was working in a retail environment for sometimes 15 hours a day and couldn't be holding on the phone for 45 minutes. (average wait time)  They were open 9-5 Monday through Friday he was off only on Sunday
so I helped him...

At the end of the four months they finally reimbursed him the three months they took after he had cancelled and our relationship with Coventry Health was over.  They did not chose to reimburse the fees from my overdraft that I felt they should have, but I counted it all good that we were finally free from this experience.

So imagine my surprise on Friday when Coventry Health out of nowhere deposited 117.19 in my account twice!

I may take my time informing them of the mistake they made.  Perhaps they will have to wait on the phone for 45 minutes while I form an enormous hoop for them to jump through.  And then I will tell them they missed the deadline.

Coventry Health are you listening?  You overpaid me...I think you did, let me check my records....I will get back to you.


Posted by Donna Tagliaferri at 8:44 AM